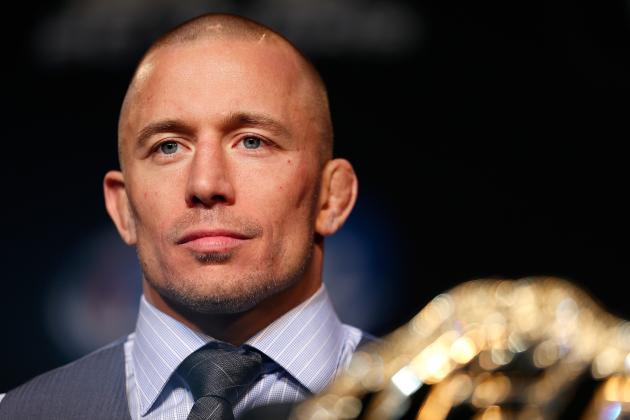 Former UFC welterweight champion Georges St. Pierre cleared the air on Monday and revealed his real status with the UFC was. We heard the news that GSP was coming back but we kept on hearing Dana White say otherwise. After several months of speculation, GSP dropped a bomb:

“I’m free agent. My lawyers terminate the contract with the UFC.”

You heard that right. Georges St. Pierre is now a free agent. And the reason why he has been silent all this time was because there was a legal process going on. And that process was to get him out of his UFC contract. Now that St. Pierre says that’s done, he’s telling his story.

St. Pierre narrated that it all started last February when he met former UFC owner Lorenzo Fertitta in the U.S. for a meeting to re-negotiate his existing 2011 UFC contract. He told Fertitta that he wanted to fight again and while there were road bumps during the negotiation process, St. Pierre believed they were close to getting a compromise deal. There were dates offered like UFC 200, UFC 205 but GSP felt that the perfect time to return was UFC 206 in Toronto. That’s why he said he entered the USADA pool in August. Because he needed to be in that pool for four months prior to a fight. Four months after that day would have been UFC 206. But something happened along the way. The Fertittas sold the UFC and when the new owners came, there was a ‘freeze’.

St. Pierre said it took weeks before communications resumed. And when it did, the new owners said that Lorenzo’s deal was off the table. The new management was singing a different tune. They told GSP that they would be taking a ‘huge financial risk’ to have St. Pierre back and that they would needs to spend a lot of money to ‘re-introduce him to the new audience.’ Welcome to the Conor McGregor era! Sure, this is the Conor Mac era but George St. Pierre would have sold out Toronto in a matter of minutes. As St. Pierre said, a UFC 206 comeback would have been a win-win situation for him and the UFC. Now it’s become the opposite and the bigger losers are the fans:

After the fallout, St. Pierre said he hired lawyer James Quinn to settle things and Quinn sent the UFC a deadline to book GSP to a fight. On the night before the deadline, GSP said the UFC sent them a letter offering a fight with Robbie Lawler at a future date. But Lawler then had just pulled out with from his UFC 205 bout with Donald Cerrone because he wanted to take some time off. The following day, GSP’s lawyer told him his contract had been terminated and that he was a free agent.

“The reason I wanted to go back and fight is because i feel right now that I’m at my best. I’m truly confident I can beat the guys that are champions right now. I’m that confident. At least I’m a free man. Now, I know I’m free. I have other options. I’m not caught up legally with a contract. I’m a free man.”

St. Pierre said he is very disappointed with how things have gone but says that with the position he is right now, he has a lot of options. He was mum on the idea of fighting for another promotion but given what he said, that may be a matter of time with the right business proposition.

“We’ll see what happens. In mixed martial arts, everything is a question of timing.”

The UFC has yet to respond to St. Pierre’s revelations so we’ll see what happens next.