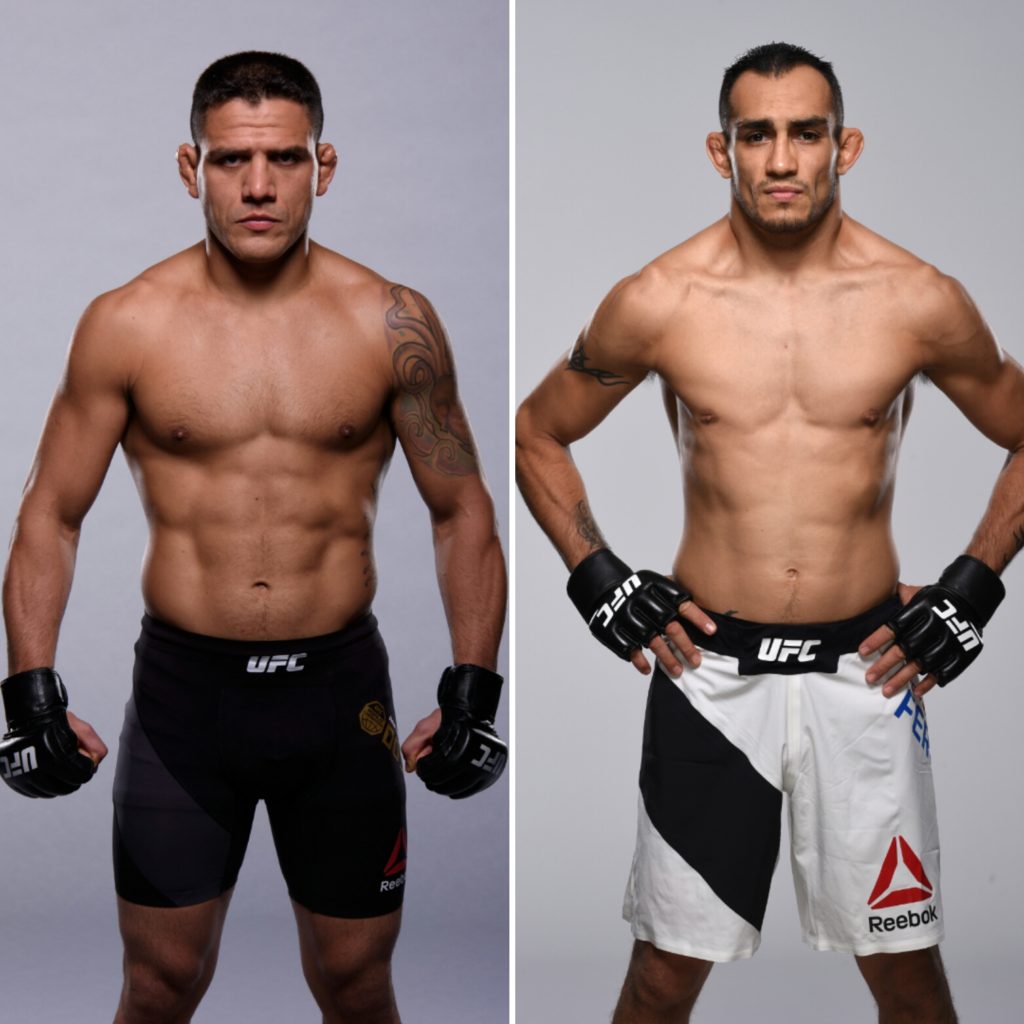 RDA vs. El Cuycuy will feature two Lightweight monsters known for their intensity on the feet. We have seen vast improvements to RDA’s striking since first coming into the UFC as primarily a grappler. He is as vicious and fundamentally sound of a Muay Thai striker as we have ever seen who possesses exceptional power in both his hands and feet. This will be RDA’s first fight after leaving Kings MMA, which he did following his title loss to Eddie Alvarez. He will almost certainly have the advantage on the ground as dos Anjos is one of the Lightweight divisions more decorated BJJ black belts. I have a hunch however that after the kind of loss he suffered back in July, RDA will come out of the gates hard looking to knock Ferguson into next week. RDA’s key to beating Ferguson on the feet lies in his ability to maintain pressure on the unorthodox striker. If he can manage to land the similar type of shots we saw Lando Vannata hit Ferguson with, it could be a long night for El Cucuy.

For Ferguson, it is important to remember just how close he came to losing his last fight. Yes it was on short notice, but nevertheless one cannot help but think that if it was RDA landing those bombs the fight may have been over then and there. Tony Ferguson is an unorthodox fighter who uses his exceptional and poetic footwork to manipulate distant between himself and his opponent. He uses a Wing Chun like approach to his hands in a Anderson Silva like fashion to throw off his opponents and get on the inside to land crisp solid shots. While this is his biggest strength, it is also his caveat. If there is any knock-on Ferguson it is that he has a tendency to unnecessarily put himself in unfavorable positions which compromise his ability to dominate a fight. Like RDA, he is able to maintain an insanely ridiculous pace and unlike RDA however, has proven time and time again his ability to absorb hard shots, get dragged into deep waters, and come out the other end.

I believe both fighters will waste no time in getting in each others face. I give the edge to the former champ for the mere fact that I don’t believe Ferguson will respond well to RDA’s pressure and will eventually get caught. Make no mistake, this is more of a coin toss then anything.

Rafael dos Anjos Win by TKO in Round 1