Kell Brook Staying Where The Big Fights Are 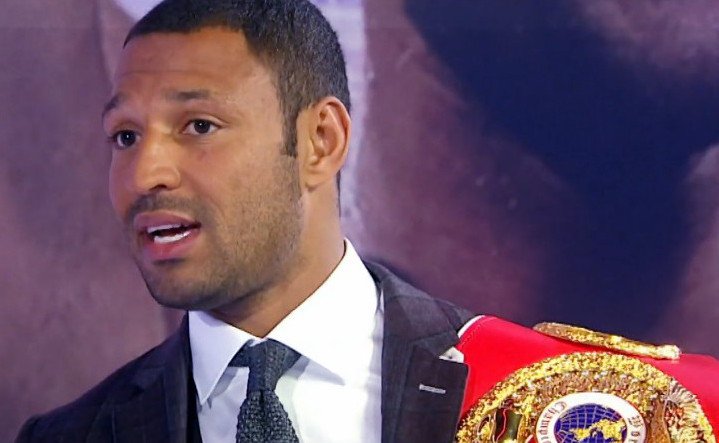 Kell Brook isn’t a man afraid of taking big challenges. In fact, he recently fought a fighter whom everyone else was ducking. Sure, Brook got beaten badly and had his right eye socket fractured by Gennady Golovkin last September, but he earned the respect for having the balls to step up to the plate.

After the Golovkin bout, many wondered if Brook would fight again at 147. There were talks that he would be moving up to 154 but Brook has made his decision. He’s keeping his IBF title and he’s staying where the big money fights are.

Boxing’s 147 pound division has been one of the sport’s most talent-laden weight class in recent decades. It’s also one of the richest because Floyd Mayweather Jr used to fight at this weight class. Aside from Mayweather, Manny Pacquiao also fights here. In fact, Pacquiao recently returned to the ring and won the WBO Welterweight title from Jessie Vargas. With Pacquiao looking good in that bout, many believe the Pacman will fight again. Whoever wins that sweepstakes will have a massive windfall.

Brook recently talked about his desire to fight Pacquiao and a unification between the two champions makes sense:

A Pacquiao bout would be huge for Brook. However, Top Rank’s Bob Arum isn’t looking past his stable for Pacman’s next foe. He’s talking the names of Terence Crawford or even Vasyl Lomachenko as Pacquiao’s next opponent. Regardless though, Brook still has plenty of options at welterweight if he doesn’t get Manny Pacquiao.

Last month, Showtime Sports announced a grand schedule for the coming months. At the last part of that schedule is a welterweight title unification bout between WBC champion Danny Garcia and WBA title holder Keith Thurman. Now that’s one explosive match-up to look forward to.

After Danny Garcia’s victory over fringe contender Samuel Vargas on Saturday, the stage was officially set for Thurman vs Garcia:

Promises to be fireworks! Now the winner of that bout will go home with two belts. If Brook gets the winner of that March match-up, then we will have the opportunity to have a unified champion with three belts. If ever he gets that fight and then gets the win over the Thurman-Garcia winner, don’t you think Manny Pacquiao would be interested in winning all four major belts? That’s going to be the money fight without Mayweather.

Errol Spence Jr. is Kell Brook’s mandatory challenger and he might have to fight Spence next.t If that happens, then it would be another equally big fight for Kell Brook.

Spence is the undefeated American 2012 Olympian who’s regarded as the hottest prospect at 147 pounds. Spence is coming off a 6th round stoppage of Leonard Bundu in August. Known as the Truth, Spence has 18 KOs in 21 wins.

Brook’s promoter Eddie Hearn talked about a fight with Spence in Britain:

“In an ideal world, he would unify the division against Manny Pacquiao but the Spence fight is also one that really excites him and fight fans. That could be a big fight here in the UK and with the 75-25 split in place we would be very confident of bringing that fight to Sheffield.”

Having the Sheffield standout fight in front of the hometown fans would be fantastic. It would be a major fight in Britain given that Spence is a legit name.

Kell Brook and Amir Khan have been going at it for years. But a fight between these domestic rivals have never been close to being made. Each cam[ had their reasons. Many thought they would finally fight in 2015. But Khan shocked the world when he decided to challenge Canelo Alvarez instead. Brook went on to fight Golovkin last September. Both men got knocked out trying to fight outside their backyards. But with Khan’s recent statements that he is willing to fight Brook at 147, the talks of this rivalry has been re-ignited.

“People are talking about me and him fighting. He said that he’d like to have that fight and I can say I’ll meet him at welterweight if he wants to actually get in and stop talking about it. We need to sit down, get it signed and get it done for the fans.”

Getting it done would mean a huge domestic fight in Britain. The question is whether Khan, whom Brook referred to as “Amir Khandashian”, is really serious about fighting Brook. Or is he training for a possible crossover to MMA? Remains to be seen. But if that fight is booked, it’s another big payday for Kell Brook.

So Brook definitely has big names waiting for him at welterweight. Had he decided to move up to 154, Canelo Alvarez would have been an equally ( or better money ) option. But outside Canelo, Brook would have to deal with the Charlo brothers and Erislandy Lara. The three are the other title holders at light middleweight. And they are high risk, low reward opposition compared to Brook’s options at welterweight.

Look, Kell Brook isn’t one guy who’s shy of competition. He proved that by taking on Golovkin. But boxing is a business too. So while he may want to win world titles in different weight classes, Brook’s decision to stay at 147 was the right decision.

Brook’s recently gotten back to the gym and he looks good already:

Let’s see which big name he gets next. Any way you look at it, the future is bright and rich for Kell Brook at 147.  Good choice.