Did Lara and The Charlo Twins Make 154 Interesting Enough For Canelo Alvarez? 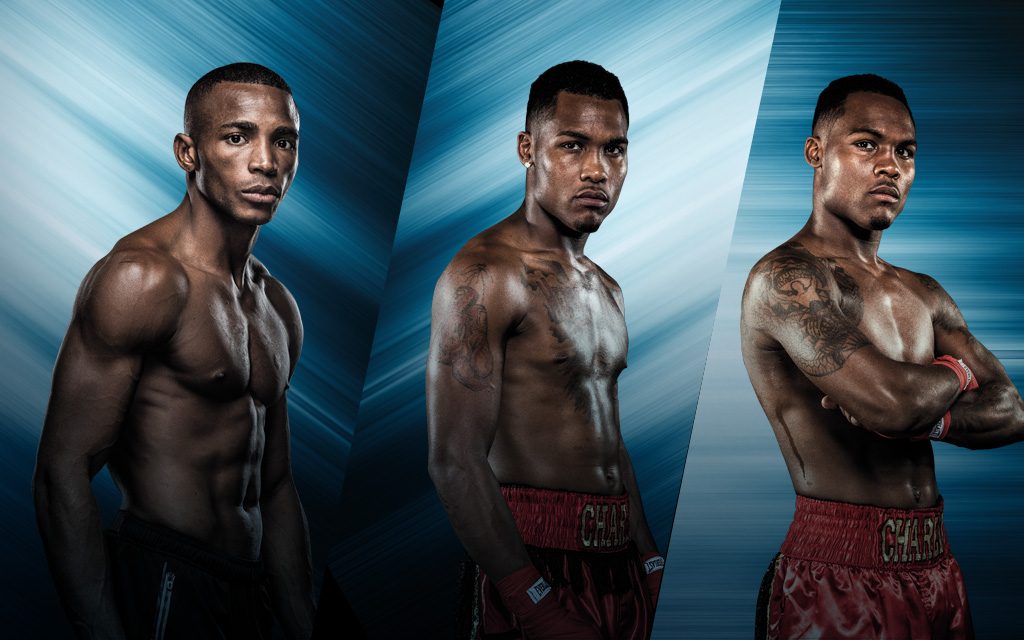 With all the Canelo-GGG and Floyd-Conor drama going on, it was a relief to see just boxing bouts, world title bouts this past weekend. Last Saturday, we saw three of them, all in the 154 pound weight class on the same night. That was awesome.

No, there were no high profile superstars, no PPV numbers to count. But yeah, it turned out to be a good night of championship boxing devoid of all the hype and drama.

History was made on Saturday when the Charlo siblings became the first twins to hold boxing world titles at the same time and in the same weight class. Previously, Thailand’s Galaxy brothers in the late 80’s were the first set of twins to win boxing world titles and reign together. But Khaosai won his belt at the junior bantamweight division while Khaokor earned his strap one division apart at bantamweight.  Jermell  Charlo and Jermall Charlo both fight at 154 pounds and both are now world champions.

The record officially became theirs after Jermell scored a dramatic 8th round TKO win over John Jackson. The younger twin was having all sorts of problems with Jackson and trailed in all the judges’ scorecards 69-64 when he landed a right hand to Jackson’s eye. Jackson wobbled and turned his back while Jermell followed it up with a left hook that sent Jackson out on the ropes, forcing Tony Weeks to stop the bout. The win earned Jermell the vacant WBC 154 pound title previously held by Floyd Mayweather Jr.

In the main event, Erislandy Lara retained the WBA version of the Junior Middleweight title with a close unanimous decision win over Vanes Martirosyan. While some fans considered that bout to be a snoozefest, Lara did what he had to do to repulse the Nightmare for the second time in his career. Although the point deduction from Vanes in the 11th round was controversial, Lara was the clear winner of that contest.

.@Jrockboxing & team: Interested spectators of #CharloTrout. Williams is the mandatory challenger for the winner. pic.twitter.com/0P89CIrQlh

Night of champions it was indeed. But it doesn’t end in making history for the Charlos nor does it end in securing a second win over Martirosyan for Lara.

While the Charlos spoke about winning all the 154 pound titles and keeping them in one house, their mandatory challengers were on hand watching the proceedings. Jermall’s challenger Julian Jackson was a curious observer at ringside while Jermell’s mandatory Chris Hatley tried to ruin the Jermall’s celebration by almost causing a commotion inside the ring. On the other hand, Lara spoke about moving up to challenge Gennady Golovkin or rematching Canelo Alvarez.

Canelo vacates WBC title to have more time to negotiate Golovkin fight: By Dan Ambrose: In a statement released… https://t.co/b1qF6mMiC0

Golovkin and Canelo are grabbing the boxing headlines today like Mayweather-Pacquiao did before May 2015. These two were supposed to fight after Canelo beat Miguel Cotto last November. But instead of sealing a deal after being awarded voluntary fights, Alvarez vacated the title purportedly to have more time to discuss the bout. However, that move was seen as one to avoid fighting Golovkin after the latter refused to meet Canelo at 155 pounds. Golovkin is likely to unify the Middleweight division while the future of Alvarez is still uncertain. What is possible though is a move back to his natural 154 pound division.

While potential title unification bouts at 154 can be made, Canelo’s return to 154 could spice up the weight class. Alvarez is the big fight the Charlos, Lara and Smith have been waiting for. They are the not so high profile foes that Canelo might want to “toy” around with next.

Make no mistake, Canelo is the biggest star in boxing today. But while he continuously says that he ducks nobody, he doesn’t want to risk losing his star to Golovkin. After Saturday created interesting plots for boxing’s 154 pound weight class, perhaps Alvarez may want to beat up the “untested” champions there. Aside from catchweight bouts, isn’t that where he’s good at?

1 thought on “Did Lara and The Charlo Twins Make 154 Interesting Enough For Canelo Alvarez?”