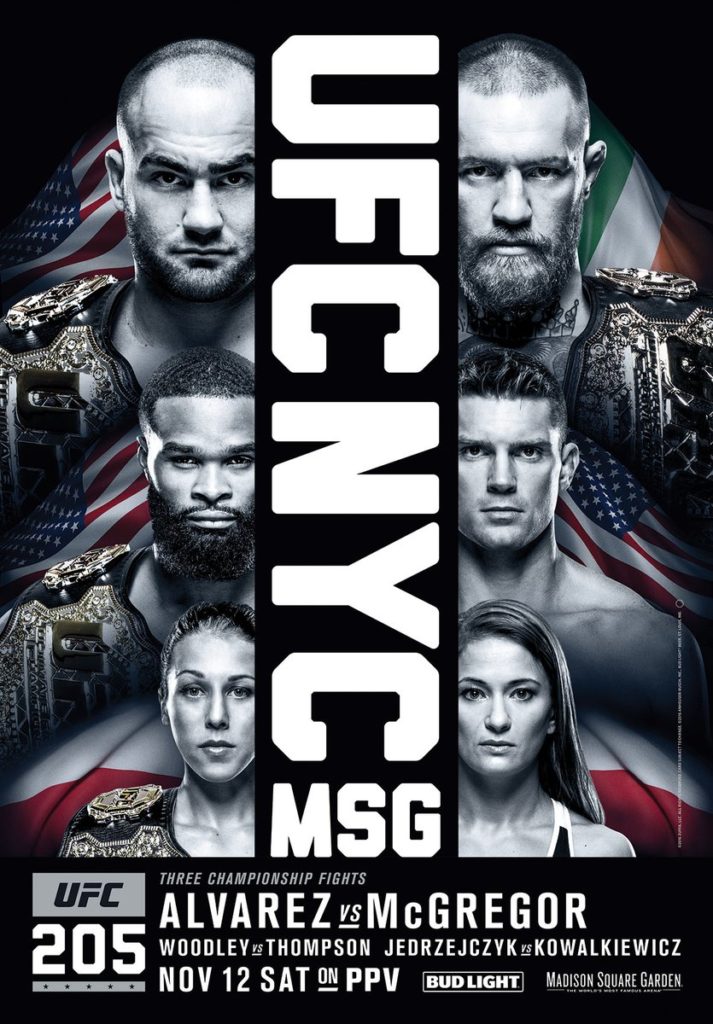 The UFC waited so long to set foot in New York. Once the bill legalising MMA in the state was approved last year, then owner Lorenzo Fertitta promised the biggest UFC card ever. Fast forward to 2016, the Fertittas have sold their share in the UFC. Still, UFC 205 is going to be as titanic as Fertitta guaranteed.

In what is perhaps the most stacked card in the history of the promotion, UFC 205 boasts of three title fights, a 6 bout PPV card and a 7 fight prelims undercard. Of the six PPV cards, former UFC women bantamweight queen Miesha Tate is the curtain raiser. Among the fighters in the prelims are former champions Rashad Evans and Frankie Edgar. If that does not blow your mind away, you are no MMA fan.

But then if the event itself isn’t enough to make fans salivate to be a part of the event, whether be in Madison Square Garden or via PPV, the UFC has upped the promotion by adding two epic promo videos. The videos were first released during last Saturday’s UFC 204 PPV coverage and they were chilling.

The first one was a 30 second teaser which featured Jay-Z’s verse from “Welcome to New York City”:

The second was was more elaborate and cinematic, featuring all the fighters involved in the three title fights that will headline the historic event:

Pumped up already? UFC 205’s tagline is ‘Can’t wait’ and after watching both videos, you’d be untruthful is you say otherwise.

The UFC’s top draw Conor McGregor headlines the event as he challenges Eddie Alvarez for the UFC Lightweight title. McGregor’s storyline for the bout makes it a potentially more historic event. A victory by the Notorious King will make him the first fighter to hold two UFC titles concurrently and only the third to win titles in multiple weight classes.